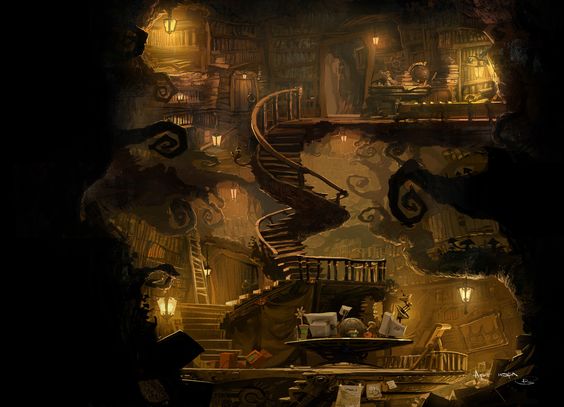 The hideout of the Glaring gang is usually just referred to as The Den. The gang's hideout appears to only have one entrance, like many buildings built into the towers of Sharn, but there are in fact several passages into and out of the multi-storied home. Buildings in Sharn tend to be built vertically, with small rooms and alcoves stemming from a main foyer or parlor with staircases connecting the different levels.

Heading in from the alley, the hideout opens up in a large parlor, this is the main lounging area of Aki's kindle, and all members of the family can be found here at various hours. Due to the heavy feline presence within the gang- as well as the multitude of pet cats the kindle keeps, the parlor is also built for comfort, with many plush pillows and comfortable shelves about the room. There is a center hearth where meals are cooked, the smoke carried away through ventilation channels in the workings of the stone tower. 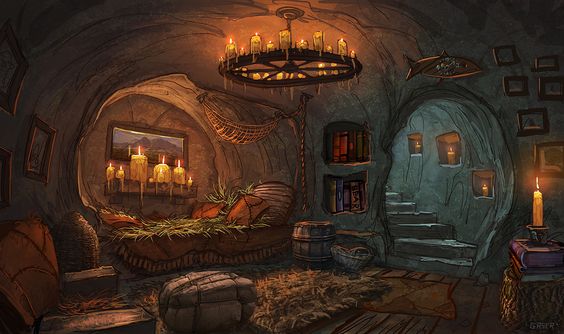 The Den is built into former residences, as well as a neighboring warehouse that was excavated for Cousin Aki by Mr. Fetch. Alcoves serve different functions- bedrooms, training rooms, research rooms and sitting rooms. Most are separated only by thick curtains, but a few have large round doors keeping them apart from other rooms. Cat-sized doors are worked into many places in the walls and doors, and there are places within the Den that only felines can reach. 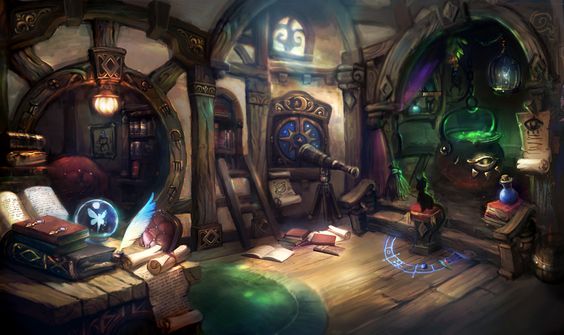 On the ground floor there are a few pantries, it is the duty of younger filchers to keep the stores well stocked for the rest of the family- knicking warm bread from bakers, cheeses and vegetables from bazaar stall vendors, and meal staples from various butchers and restaurants within the city. Not all foodstuffs are illegally acquired, as Cousin Aki ensures what profits the Glaring rakes in see to the comforts of his kittens- as much can be obtained in the slums of Sharn.

Most kits who have been with the gang for a while have their own quarters, but privacy is rarely an issue and many members opt to sleep communally or cohabitate. 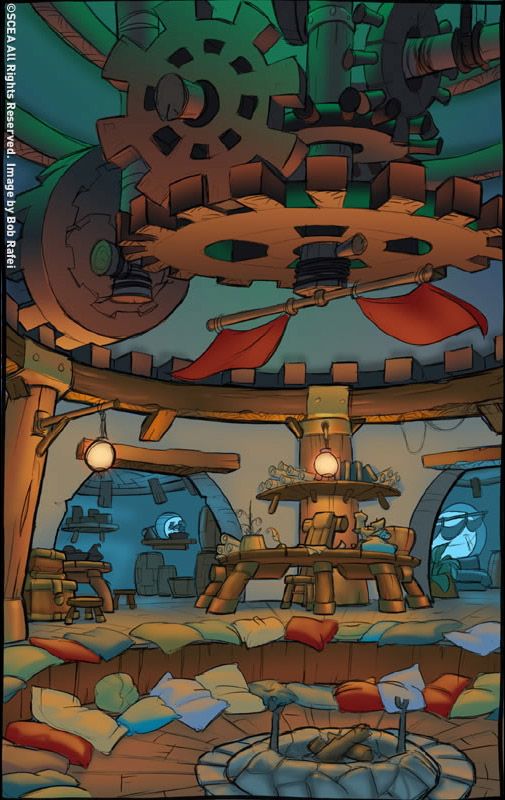 Sunlight is hard to come by so low in the city, and few of the Den's windows are actually functional- most are small sills enchanted with illusion of light and the warmth of the sun, dragonshard heists often go towards keeping these meager enchantments operational and there are a few failed wizard apprentices in the gang or those gifted with artifice to help contribute to these minor wonders.

Most of the ill-obtained goods sit in various rooms until Aki finds a good fence elsewhere in the city to profit from the items or the unseen benefactor Mr. Fetch calls for a particular item of worth from the trove. 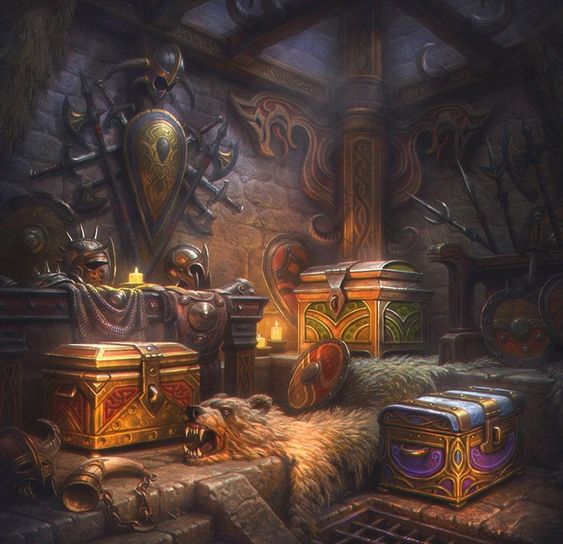 Cousin Aki has a private room upon the third floor of the Den, it is kept secured by the only metal door in the complex, and all the kindle know that it is protected from prying eyes by magics. Aki has a balcony that overlooks the alleyways of the district, not the only street-side escape, but certainly the most luxurious. The door is often kept open, as Aki rarely keeps anything from his wayward herd, except when Mr. Fetch visits. Aki's chambers are secured from all outside intrusions and interferences when the boss comes to call. No one besides Aki has ever really seen Mr. Fetch, or those who have can never seem to recall any significant details about the enigmatic crime lord. 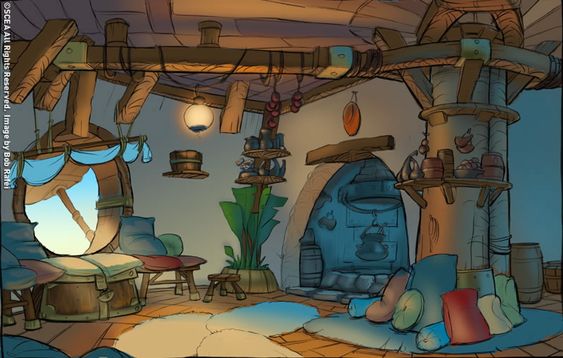 Members of the Glaring are permitted to keep whatever personal effects they wish, with the general understanding that if something is needed by someone else it can be borrowed with the expectation that it will be returned (or replaced). Most of the gang have private caches where they hide their most prized possessions from curious eyes, dragonshards behind a loose stone, a favorite perfume tucked away behind a seldom-used book. It isn't that the members of the Glaring do not trust each other, it is just in their nature to hide things away to play with on their own time. 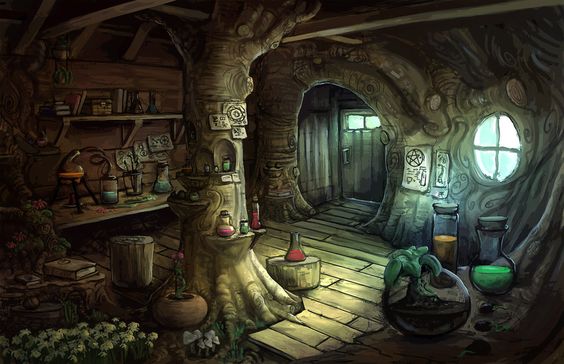 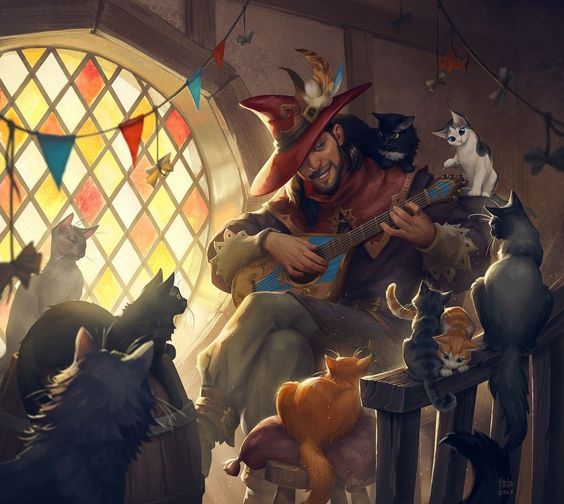